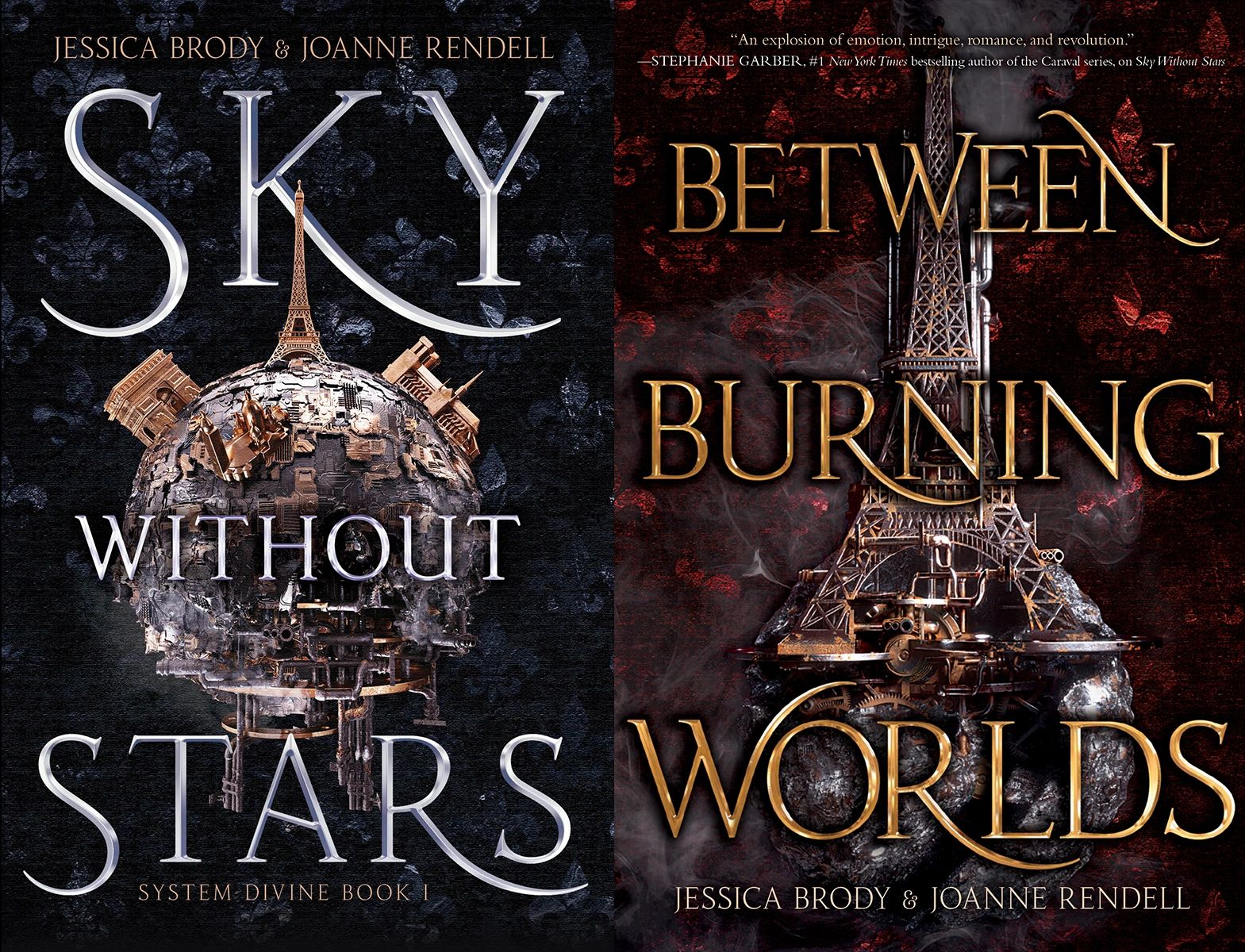 by Jessica Brody and Joanne Rendell

“Epic tech…immersive world-building…jaw-dropping twists. This brilliant reinterpretation of a beloved classic is not to be missed!” Marissa Meyer, #1 New York Times bestselling author of The Lunar Chronicles

Co-written by Joanne Rendell and Jessica Brody, this sweeping reimagining of Les Misérables tells the story of three teens from very different backgrounds who are thrown together amidst the looming threat of revolution on the French planet-colony of Laterre.

A thief.
An officer.
A guardian.

When  the Last Days came, the planet of Laterre promised hope. A new life for  a wealthy French family and their descendants. But five hundred years  later, it’s now a place where an extravagant elite class reigns supreme;  where the clouds hide the stars and the poor starve in the streets;  where a rebel group, long thought dead, is resurfacing.

Chatine  is a street-savvy thief who will do anything to escape the brutal  Regime, including spy on Marcellus, the grandson of the most powerful  man on the planet.

Marcellus is an officer—and the son of a  renowned traitor. In training to take command of the military, Marcellus  begins to doubt the government he’s vowed to serve when his father dies  and leaves behind a cryptic message that only one person can read: a  girl named Alouette.

Alouette is living in an underground  refuge, where she guards and protects the last surviving library on the  planet. But a shocking murder will bring Alouette to the surface for the  first time in twelve years…and plunge Laterre into chaos.

All three have a role to play in a dangerous game of revolution—and together they will shape the future of a planet.

by Jessica Brody and Joanne Rendell

A traitor.
A prisoner.
A fugitive.

Wanted by the Regime. Destined to save the planet.

Laterre is on the brink of war. The Third Estate are rioting against the injustices of a corrupt system. The Patriarche, reeling from the murder of his only heir, makes brutal attempts to quash the unrest, while a new militant faction launches a series of deadly attacks.

And three outlaws find themselves pulled into the fray…

Marcellus is now a traitor to his planet, willing to do anything to stop his grandfather from seizing control of Laterre, even if it means joining the Vangarde, a rebel group back from the dead.

Chatine is a prisoner on Bastille. Desperate to survive the harsh conditions of the moon, she becomes embroiled in the Vangarde’s dangerous attempt to free their infamous leader.

Alouette is a fugitive who has been lied to her entire life. Searching for the truth about her mysterious past, she soon finds herself hunted by the Regime for reasons she’s only beginning to understand.

But when Laterre is threatened by the emergence of a deadly new weapon, these three renegades must risk everything, traveling to the far reaches of the System Divine and into the white hot center of a planet ready to ignite.

Joanne Rendell is the author of four novels and holds a PhD in English  Literature. She teaches fiction writing to teens and kids and is a board member for the youth Shakespeare company, New Genesis Productions. With  her husband and son, Joanne divides her time between New York City and  New Paltz, New York

Joanne loves getting messages from readers!

Because of her busy writing  schedule, she’s sadly not able to respond to

each one, but she’d still  love to hear from you!